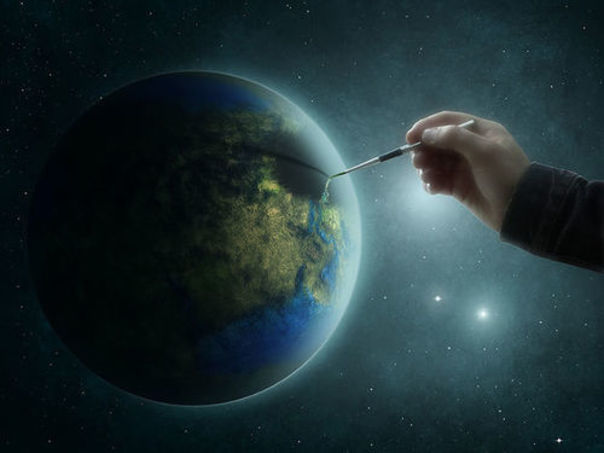 This author's firmly held belief is that the creation story in Genesis should be read literally. There are several reasons that guide this understanding, which I will discuss in this posting. The primary rationale is that believing the truth of Scripture is a core tenet of evangelical faith. Simon Turpin intoned it perfectly when he described the importance of a historical view of creation this way: "The Christian faith is dependent upon the historicity of these events." [1]

Taking a figurative belief perspective of the creation account, such as that taken by theistic evolutionists, who define themselves as believing that "God used the process of evolution to create living things, including humans" [2], results in a problematic side effect. Namely, if one does not believe in the literal series of events described in Genesis 1-11, the question needs to be raised: at what point did sin enter the world? Scripture's teaching on original sin is rooted in the requirement of having a historical Adam and Eve.

The cornerstone of our faith is based on the fact that we are all sinners (Romans 3:23) and we need a savior (Titus 2:13–14). Therefore, by not believing in the factual account of creation and the fall, the need for a savior and the resurrection itself comes into question. Wayne Grudem doesn't mince words when describing the far reaching ramifications of a figurative belief in creation when he says, "If we deny that death came into the world by Adam and if we deny the unity of the human race as descending from Adam, then once again, the parallel between Adam and Christ in 1 Corinthians 15:21-22 does not work. In this way, theistic evolution undermines the effectiveness of the resurrection to give new life to all who are saved by Christ." [3]

Additionally, as soon as an individual starts to designate certain portions of the Bible to the realm of 'being figurative', it becomes natural to start applying that same principle to other selected portions of scripture, which can result in the removal of moral absolutes. As Francis Schaeffer said, "If faith is separated from fact and specifically pre Abrahamic, space-time history, it's only another form of what we today call a trip." [4]

Nearly every book in the New Testament references the Genesis creation account, describing it as a historical event [5]. Throughout the New Testament, the references to the Genesis description of creation are utilized to reinforce moral and ethical standards such as: the sanctity of marriage (Mark 10:6-8), God's judgment (Luke 17:26-27), the origin of sin (Romans 5:12, 1 Corinthians 15:21-22), and even validating the lineage of Jesus Himself (Luke 3:38).

Diving into the concept of literal interpretation, it's also important to note that there is a wide variance, even among conservative evangelical theologians, on what the correct interpretation of the creation account should be. This can occur even when taken from a historical perspective. For example, a common discussion topic is young earth creation vs old earth creation [6]. For this debate, it's completely possible for two believers to declare belief in the historical interpretation of the Bible's creation account, while simultaneously believing creation start times that differ in literally billions of years. When it comes to debates like this, it's helpful to focus on common ground held between believers.

By taking a historical perspective of the Genesis account, we are following the approach of Jesus and the writers of Scripture. As believers, our entire belief system is built on the foundation of Genesis. In the series of events that take place in Genesis 1-11, Scripture describes: God's eternal nature, His omnipotence, and our need for a savior.

[4] - Schaeffer, Francis A. No Final Conflict : the Bible Without Error in All That It Affirms . Downers Grove, Ill: Inter Varsity Press, 1975. Print.