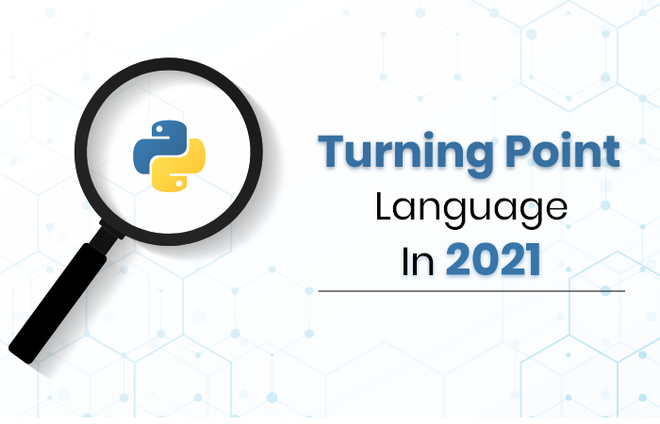 The growth of technology is at its peak right now. Artificial Intelligence, Machine Learning, NLP, IoT, and many other technologies are changing the face of the industrial fabric day by day. The magic behind these technologies is the programming languages. If you are an active technology geek, you must be aware that Python is one of those languages that has the upper hand in supporting these technologies and their countless applications.

Though Python was released back in 1991, it has seen massive adoption in the recent 7–8 years. Here are some facts about Python:

Stack Overflow suggests that Python is among the top wanted languages.

As per IEEE, the ranking of Python on top of all other programming languages in 2021 is due to its vast number of libraries. As per Indeed, in the US, the average yearly salary of a Python developer is $107,774 in 2021. Therefore, most aspiring developers go for Python, and the development firms hire python developers.

These stats provide a single insight that Python has no plans of stopping anytime soon and is the future of technology. So, Python is a treasure box for those of you who want to forge your career in programming.

Python has not one but many reasons to be a developer’s favorite language. Here are some of the factors for which Python is ruling the development market in 2021.

Python fulfills your expectations. It has a simple syntax, and one of the top advantages of a programming language with a simple syntax is that it becomes easy for people to understand and learn what they are coding.

This thing is the primary reason why python has become more famous among developers. Now, whether you are a newbie or a pro, whenever you learn a new programming language, you expect it to be easy.

Here is an example: if you want to print “Hey” or anything else in Python, you just need to write the command, print(“Hey”). It is just like writing simple English. This is what makes Python the priority of a python development company and developers.