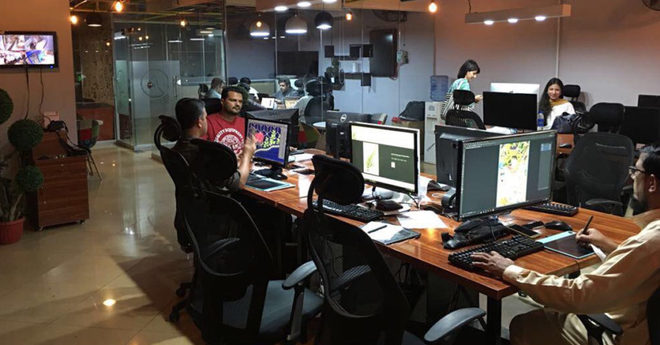 Simply said, graphic design is the art of integrating words and images in advertisements, periodicals, websites, and other media. You've been affected by the artistry of a graphic designer if you've ever been impressed by the aesthetics of a billboard, website, or company logo. It's the ideal platform for a website refresh or a multi-channel marketing campaign. Graphic design principles are used to video in motion graphics. Motion designers (also known as "animators") follow the same rules and processes as graphic designers, and they still utilise words and images to convey meaning, but their works move.

Motion graphics are having a renaissance. When live action was prohibited last year, content creators used stock footage, animation, re-editing previous film, and experimenting with motion graphics to come up with new ideas. Motion graphics, which were once only utilised in explainer videos, have recently become commonplace. Motion graphics are used in almost all social media video commercials. However, the days of merely putting text on video are long gone. Motion graphic techniques are expanding as the fight to acquire more views on films heats up.

You really want your motion designs to look like one piece; you don't want your viewers to be able to pick apart the different aspects. To do this, you should aim for more comprehensive designs with numerous things happening at the same time to appear as a single unit. This ability develops with time.

1. Liquid Motion and Morphing
Morphing is a frame-by-frame method that involves breaking down shapes into a liquid-like appearance and seamlessly mixing the elements in and out, bringing animation back to its organic roots. The audience will like morphing transitions because of the blend of liquid materials and flawless timing.

2. Animation with Thin Lines
When compared to something loud and flamboyant, a minimalist approach might be just as interesting. The thin lines call attention to the shapes and graphics on-screen, making it a one-of-a-kind alternative.

3. Textured and 3D Animation
3D animation is a popular kind of animation that is becoming more often employed in marketing materials as software becomes more widely available. 3D animations are graphics that have been modelled and animated in a three-dimensional environment. You can rotate the components in 360-degree space to get the composition at whatever angle you like.

4. Animated Characters That Are Extremely Cute and Friendly
The opportunity to create different kinds of characters — ones that mirror real-world people, exaggerated characters, or characters who wouldn't exist in real life, like VMG's unofficial mascot, Chester, a dragon-cat! – is one of the most appealing aspects of animation many fashion website design agencies are following this trend this year.

5. Animated Vertical Ads
We've detected patterns in certain forms of animation and aesthetics thus far, but we're also finding trends in how animation is organised and delivered. Because of smartphones and social media, vertical video has been on the increase for years, and commercials are starting to follow suit, particularly owing to mobile viewing.