Technological Trends Ready to Revolutionize in 2022! 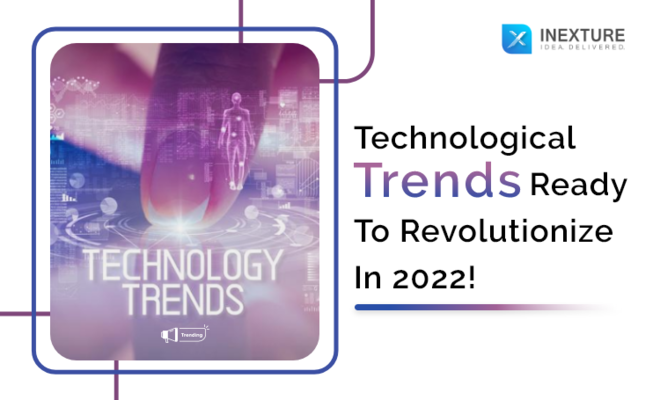 Technology always has something new for us each day. Whether it is a new utility feature in an app or any new software update, we are experiencing rapid changes in technology daily. If you are a technology freak, you must have observed the transformation or replacement of technology trends with time.

The Rise of Social Media

With the launch of smartphones, social media apps were the most common apps used by people. Though Facebook was launched back in 2004, the effect was primarily seen in the 2010s. As per stats, the number of Facebook users went over 2.5 billion by the end of 2020.

Other than this, Instagram was also launched in 2010, and it quickly became the home for various content creators. Since 2013, Instagram has been gaining users like wildfire. The photo-sharing network boasted a user base of 1 billion in 2018.

Other than these, apps like Snapchat, Messenger, and Discord were also launched that gained massive popularity.

If you have heard of Tesla, you must be aware that electric vehicles are not just in talks right now. Yeah, they are very popular these days. But, the rise in the demand for electric vehicles began at the beginning of the 2010s.

There were many factors for that, such as environmental concerns, government policies, a decrease in the price of batteries, etc.

Gone are the days when organizations and individuals used to store their data on localized servers. The decade of 2010s witnessed a major upgrade in the technology of data storage.

Some of the prime names of these solutions are:

The advent of AI development solutions

The age of AI development solutions is yet to come. However, the process of adaption started way back. The usage of social media app, search engines, and other apps by the users generated trillions of bytes of data. Businesses were aware that the data could be leveraged to devise valuable insights and provide a better user experience. Hence, the idea of AI was introduced.

When it comes to technology, there is always something new each day. If you want to know what’s next? Go for this detailed write-up!