Why should we use Ruby on Rails for Software Development? 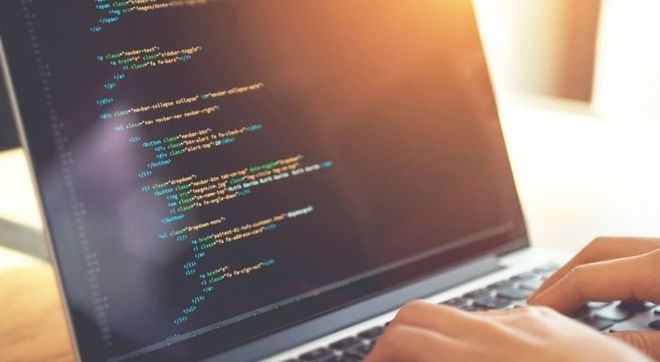 What is Rails, Ruby on Rails?

Rails is a server-side web application development framework written in the Ruby programming language. Its emergence in 2005 has influenced and impacted web application development to a vast range, including but not limited to seamless database tables, migrations, and scaffolding of views. In the simplest understanding, Rails is a highly productive and intuitive software developer.

Websites and applications of any complexity can be achieved with Ruby on Rails. The software is designed to perceive the needs of ruby on rails developers and encourage them with the best way out. It is designed to allow developers to write lesser code while spiking productivity much more than any other framework or language. Ruby on Rails rapid application development offers everyday web development tasks easier and uniquely out-of-the-box, both with the same effectiveness.

The Ruby on Rails framework is based on two philosophies:

Don’t Repeat Yourself (DRY): It is a software development principle that ensures that every piece or entity of knowledge must be assigned with a single and unambiguous representation within a development system.

It not only reduces the need to write lengthy codes but also eliminates the repetitive writing of codes. As a result, it provides a much more manageable web app development with the least possible bugs. Convention over Configuration (CoC): It indicates the highly opinionated feature that the Ruby on Rails framework possesses. It offers ready-made solutions or the “best way out” for many tasks in a web application and defaults them to the convention without the need for external specification. The programmer using the software is required to specify only the unconventional aspects of the web application.

Read more: Why Ruby on Rails is Perfect for eCommerce Web Development

Why use Ruby on Rails: The multifold benefits

Community and its abundant resources

There is a large community that is dedicated to Ruby on Rails that keeps it up-to-date and indeed encourages its family of developers to continue using it. They make sure the benefits are soaring with every update they make.

The community is committed to developing several ready-to-use code packages, commonly known as gems, for its users. They discuss and announce new project launches, help each other with queries, and engage in framework discussions and betterment. While Ruby on Rails helps developers in rapid application development, it also connects and grows businesses together.

To talk about scalability, we indicate the ability to grow and manage more and more user requests per minute (RPM). However, this depends on the architecture rather than the framework. The right architecture of Ruby on Rails web application development allows it to write bulky codes and programs as compared to early-stage difficulties with scalability.

It uses the Representational State Transfer (REST) architecture. This will enable Rails to create efficient web applications based on Rails 6, launched last year in 2020, which addresses most scalability issues. The portable components are agile and help in a better understanding of new requirements and needful adaptations for any business. The framework and architecture allow both vertical and horizontal scalability.

Ruby on Rails is lucid, logical, and has lean code requirements, thereby cutting down redundancy and improving the overall development speed. Lesser amount of code is proportional to lesser time investment with optimal results. The more time it takes for development, the more expensive it becomes for the end customers.

Considering the ready-made code modules/packages (gems) available, Ruby on Rails development company will less time and money are spent creating and modifying Rails websites and applications. Another advantage that has made Ruby on Rails super attractive for startups is its use of Model-View-Controller (MVC) architecture. It has a component separation scheme that speeds up the web development process and fixes any errors that occur.

Rails framework and the Ruby on Rails community put in a lot of efforts for data protection and security of its customer base. It is also one of the efficient frameworks for developing database-backed applications.

The developers at Ruby on Rails cover many aspects of cybersecurity, including encryptions of  passwords, credit card information, and users’ personal database. Special measures are taken to prevent the framework from SQL injections and XSS attacks.

Ruby on Rails simplifies the daily operations and lowers the cost of enterprise app developments. The prominent features include data management, seamless updating of applications, easy and efficient code development, and high scalability, as discussed above.

Ruby on Rails enterprise application development is preferred by companies and is slightly cost-intensive. It can be easily integrated with third-party apps like Oracle Business, Oracle, Windows services, and others. Ruby enterprise app development allows the developers and programmers to solve the problems at the root level, given its transparency. 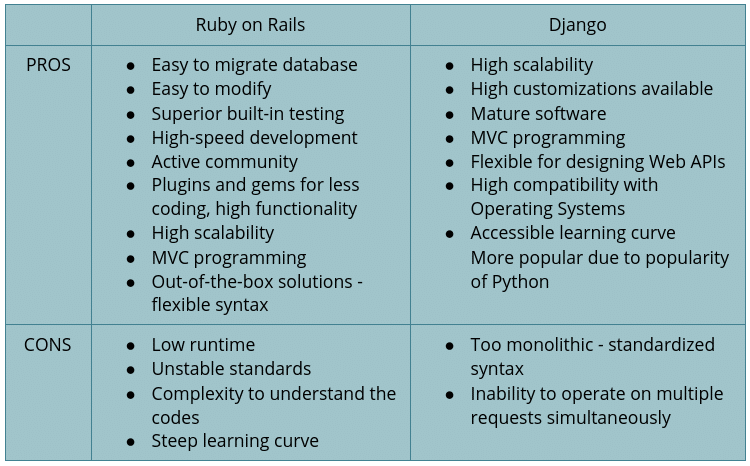 Checkout Blog on Django vs Ruby on Rails Comparison

There are several reasons to prefer Ruby on Rails discussed above and extend further to early detection of errors, reduced time to market, and easy adaptation for API developments. It makes web programming much easier and simplifies website building of any complexity. Its flexibility and acceptance among new developers and programmers make it the perfect, one-stop choice for software application development company in 2021.